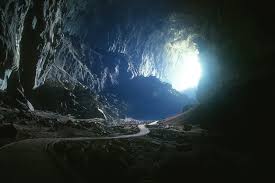 When I was in college I used to go spelunking with four friends.  Carter Caves State Park was near my Kentucky home and we explored the dark tributaries of its caves. Three of us did not weigh an ounce over 150 pounds, but our fourth friend had the bearing of a offensive tackle.  The rest of us could wriggle through narrow openings into fascinating interior caverns while he was left alone on the other side of the divide.

That is how I felt at the She Is Called conference in Denver.   Capped at 50 attendees, the conference was focused on women in leadership.  For me, the highlights included a session on sex and power led by Dr. Tina Schermer Sellers, and Jen Jepsen’s talk on her awakening to white privilege.  I assisted in one conversation on Thursday and gave the keynote address on Friday evening.

Though women never treat me that way, I often feel like an interloper when I am in decidedly feminine spaces.  I believe my feelings are based on something more than self-deprecation.  The women were talking on Thursday about the cyclical lens through which they view the universe.  I do not have estrogen coursing through my body for 14 days, followed by progesterone for 14.  I have estrogen all 28 days.  I am always in the “feel good” portion of a period.  My experience is linear, not cyclical.

My surface life is pretty unremarkably female as I enjoy a satisfying and meaningful existence, but once I start crawling more deeply into the cave, I discover spaces into which I cannot fit.  But I can get close enough to see what is inside, and what I observe is fascinating.

Women are unafraid of intimacy with one another.  They don’t have the, “How ’bout those Bears” fear of physical touch that men so often express.  Most women are comfortable with each other’s bodies and at home in close spaces.  But I also observe that many of the same women are not comfortable in their own bodies.  After millennia of being treated as objects, they have bought into the notion they are only as good as they look.  This particular problem is something I understand.

As a male I never paid much attention to my appearance.  If I did glance in a mirror, I was comfortable with what I saw.  As a female I feel that way, let me think, yeah, never!  I always look in the mirror and find myself lacking.  The first response I had to seeing my TEDxMileHigh video was to cry, not because I was proud of the video, but because I thought I wasn’t pretty enough.

Carla and Kate, who host the She Is Called podcast and helped lead the retreat, bought dresses at Judith and Joe http://judithandjoeshop.com, a boutique in the Rhino neighborhood of Denver.  During Thursday evening’s main session they interviewed Brandee Castle, one of the owners.

You can be sure many of the rest of us were well aware we would never look as good as Kate and Carla did in their dresses.  It’s just not gonna happen.  We were thrilled for them, but acutely aware of our own limitations. Of course, the truth is that every woman at the retreat looked amazing, but none of them thought so.  And there is nothing you can tell them that will change what they see in the mirror.

When it comes to what you see in the mirror, I can squeeze into the cavern.  I understand that experience.  But there are other spaces into which I cannot crawl.  What did I see through the narrow tunnel as I looked into those spaces?  I saw women who not only thought they were not pretty enough, but women who thought they weren’t enough, period.  They measured themselves against the other women and came up lacking.

On Friday evening I encouraged the women to work more collaboratively and empower one another.  But the more I think about it, their tendency not to empower one another is not from any attitude of scarcity.  It is from a deep-seated lack of belief in themselves. They do not realize that if they harness all of that feminine energy, they can bring the whole world into alignment.  They have a hard time seeing their own power.  You cannot empower others when you are convinced you are powerless.

From my little space in the cave’s tunnel I saw what these women could not see.  While they saw dark rock walls, I saw rich earthy minerals ready to nurture growth.  What I saw was crystal clear water running over beautiful formations.  What I saw was the power to heal the nations.

On Saturday morning, as these beautiful women shared their thoughts about the retreat and laid bare their feelings as they read their own poetry, I realized I have nothing to fear.  These women will find the freedom and courage to empower themselves. I hear it in their voices.  And they will empower one another. They will change the world, and we will be better for it.  The Divine Feminine is alive and well. 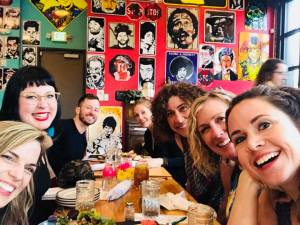 8 thoughts on “Nothing to Fear”