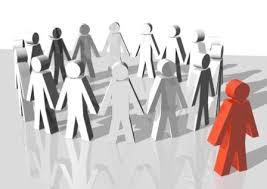 Yesterday the New York Times reported that the Trump administration is preparing to defy the conclusions of the medical and psychological communities and declare that transgender people do not exist.  If current estimates are true, and .58 percent of the population is transgender, then in one stroke of a pen 1.88 million Americans will be erased from existence.  A few weeks ago, I would have trusted our nation’s courts to overturn such a misguided policy.  Today, not so much.

I would lose all federal civil rights protections related to housing, employment, education and medical care.  Religious institutions already have exemptions from providing these rights. That is the sole reason I could be dismissed by all of my employers just for being transgender, not even for actually transitioning.

I ask my conservative acquaintances, most of which are evangelical, what do you hope to gain from the enaction of this policy?  Do you think it will force me transition back to the male gender?  Do you have the misguided notion that would be a good thing?

How would those people do?  While there are no statistics on the subject, when I looked at something easier to determine, I was shocked.  When transgender women who are as well known as I am have transitioned back to their birth gender, 100 percent have ended their lives.  I am not surprised.  I cannot begin to imagine how impossibly difficult that would be.

One of my granddaughters happened by my computer yesterday when it was opened to the front page of the New York Times.  She saw the word transgender, and being the inquisitive child she is, asked what the article was about.  I told her, and she wanted to talk about it.  Two of my other granddaughters were present and I explained as simply as I could, “Well, the president wants to make the nation pretend that transgender people like me do not exist.”  One of the twins said, “But Gramma Paula, if they knew you, they wouldn’t be afraid of you.  They would like you.”  “Yes, ” I said, “That is probably true.”

All three started coloring again, and one of them casually said, “Sometimes people are stupid.”   “Indeed, they are,” I replied.

Or maybe they are not stupid.  Maybe they know exactly what they are doing.  Maybe they want to see how the nation reacts to eradicating the rights of a very marginalized group to see what will happen.  If nothing happens, they will know they can move on to larger groups.  But there’s no historical precedent for that, right?

17 thoughts on “Sometimes, People Are Stupid”