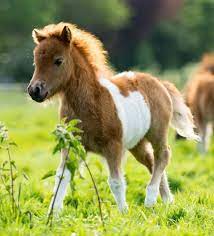 On Thanksgiving morning, for the second time on a holiday, I was greeted with early morning hate texts from evangelical Christians. The texts seem to be coordinated, though I can’t be certain. What would cause people to work so hard on a holiday to find my cell phone number and send hateful messages? Yet again, I had to remove my phone number from all public sites, including my counseling practice.

I have received thousands of hateful messages, texts, comments, and phone calls since I transitioned. The biggest waves of nasty mail came after my New York Times article, my first TED Talk, and the release of my memoir. Positive correspondence is about ten to one over negative correspondence, so you don’t need to worry about me. My soul is fine. From the time I transitioned, I knew that embedded in my identity were responsibilities. I could not slip off into the night. I had to speak out. I knew I would be a lightning rod for the naysayers.

Recently, however, the tone of that correspondence has been darker and more frightening. We have to monitor our live Left Hand Church services on Facebook every week, because we have been attacked by groups of fundamentalists who storm our site and disrupt the online service. Since 2016, it has gotten worse, as those on the extreme right have been empowered to publicly express their hatred.

I am not the only one receiving hate messages. Just last week I talked with a brave person trying to navigate the waters of evangelical hate. This week I spoke with another. The calls are getting more frequent from good-hearted souls with their eyes steadfastly focused on leaving a world they know is too small for them. But on their way through the restrictive city gates, they are attacked by people terrified of trusting the truth inside their bones, people who turn their fear outward and project it onto those with more courage than they can muster.

My greatest concern is that virtually all of this vitriol is emanating from the religious right. An article a few weeks ago in the New York Times said Americans are increasingly equating evangelicalism with right-wing Republicanism, as if the two terms were synonymous. I see no evidence to refute that perspective. The utter confidence with which these fundamentalist Christians make their attacks is alarming. They do not exhibit one ounce of doubt about the rightness of their conclusions. I have no idea what the more moderate members of my former denomination are doing to combat these vigilantes. I’m not sure they feel capable of doing anything, since the extreme conservatives are getting the upper hand in most evangelical denominations.

But here’s the thing. We’ve been here before. This is not America’s first time at a chaotic rodeo. We’ve always created enemies that don’t exist, vilified those newly arriving on our shores, turned our neighbors into the opposition, and generally made a mess of our democracy. And somehow, we have always been able to right the ship.

Nevertheless, I am frightened. This is the worst I have seen the ship listing during my lifetime. It feels like one rogue wave could finish us off and send sober minded citizens scrambling for the Canadian border. Yes, we are in a crisis, and what we do next will determine if our democracy survives.

How do we stop the madness? I know of no other way than to love those frightened souls. I think of a counseling client I had years ago whose political views and perspectives were the polar opposite of my own. I wondered if I could truly help my client. It wasn’t long, however, before I came to truly love the client. To my shock and utter surprise, they remained with me after I transitioned. A bond had been formed, and the client was able to look past their fears to find the common ground in our professional relationship.

Most of my public speaking is in the corporate sector. I talk with the employees of corporations and offices across our nation. I find an openness to the message I bring that I would never receive in a church. I see it in the eyes of the audience members. They begin skeptical, but the longer I speak, the more I see their resistance fading, “She seems relatively normal – at least as normal as I am.” I know when they reach that point that the battle is over.  Yes, I am the same as you – bone and sinew and neuroses and complexes and prejudices and blind spots – in a word – human.

I focus on those positive encounters. I do not answer hate mail. I encourage those receiving hate mail to block the senders, have their correspondence vetted by allies, and above all, to never ever read one single hate message. No one is strong enough to endure a steady stream of vitriol.

But if you can see the larger picture, and understand these people are terribly frightened souls, you can protect yourself when you are being attacked, but also look for opportunities to reach out in those environments in which both sides come together. At work, or on the soccer field, or at the baseball game, you can take the common ground you share, and leverage it to see the precious human hiding behind that harsh facade. If we can learn to do that, we can save our nation.

In my soul I am an optimist. I believe we can right our ship. I believe if there is a pile of excrement, there must be a pony somewhere. I am determined to find the pony. I know there’s a pony.