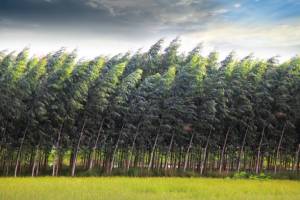 There are several lines in Rilke’s The Man Watching that have resonated with me over the past year.  I memorized the poem nine or ten years ago while driving with Cathy through Left Hand Canyon. The poem begins, I can tell by the way the trees beat after so many dull days on my worried windowpanes that a storm is coming, and I hear the far-off fields say things I cannot bear without a friend, I cannot love without a sister.

As I write this I am watching trees bend wildly in the southwest winds that arrive every fall here on the Front Range. The house creaks and moans, the windows whistle, and the trees stretch toward the ground, dominated by the coming storm. Which brings me to a line later in the poem: What we choose to fight is so tiny. What fights us is so great. If only we would let ourselves be dominated as things are by some immense storm, then we could become strong too, and not need names.

The area in which I lived for a quarter century, where Long Island juts into the Great South Bay, is called Timber Point. The trees near the shore are permanently shaped by the winds, leaning to better withstand the Nor’easters that dominate the winter weather.

The winds on the Front Range are not frequent enough to shape the trees, so they never permanently yield like the birch, oaks, and sugar maples of Timber Point. But when the storms arrive, the Colorado cottonwoods and limber pines yield to the elements about them.

Humans are not so good at yielding to the elements about us. As a man, it was in my nature to want to dominate, not be dominated by. I brought myself with myself when I transitioned, and I still fight against the winter wind, refusing to yield. On occasion the winds have almost toppled me. Still, I persist. I may as well push a rope.

I still think of myself as middle aged, but unless I live to 130, I am not middle aged anymore. Everyone thinks I’m middle aged, which I like, and I understand the reason. I take care of myself. I run or bike six days a week and work six or seven. I am constantly taking on new challenges. I didn’t start mountain biking until I was 55. I didn’t start serving with TED and TEDxMileHigh until I was 66. Earlier this year I ran for public office and now serve on the town board in Lyons, Colorado. It’s been a big learning curve, but I haven’t minded it. I am exercising new areas of my brain.

But there is a shadow side to continuing to run at full speed. It means you are not inclined to let yourself trust the storm. You lean into the wind. You fight the storm. And here is the paradoxical truth – life requires both. You must both lean into the wind and be dominated by it. The trick is discerning which is called for at any given time.

The poem includes the narrative of Jacob, and his wrestling match with God. Rilke writes, Whoever was beaten by that angel, though often the angel simply declined the fight, went away proud and strengthened and great from that harsh had that kneaded him as if to change his shape.

Jacob finally discerned when it was time to yield. He had been a manipulative asshole for decades. His brother was headed his way with an army of 300, and Jacob knew the good times were over. He finally yielded when he asked the angel to bless him. Did he know his blessing would be his defeat?

There comes a time when you are exhausted, and it is time to yield. It’s how Rilke finishes the poem. Winning does not tempt that man, this is how he grows. By being defeated, decisively, by constantly greater beings.

Over the last year I reached a point in which I could lean into the wind no longer. My cortisol levels were high. I became frantic in my desire for the approval of others. I was devastated by my own behaviors, disappointing myself profoundly. I finally surrendered to become dominated by the storm that caused my pain. I came to understand what Jungian analyst James Hollis calls existential guilt and could name my own.

But you can’t stay in a state of permanent defeat. You have to move on. Now the storm is subsiding. I am no longer bending as deeply in the wind. I am beginning to rest, and I am wiser. I still have moments of panic and desperation, but so do you. That is the existential reality for all of us.

Even though he had the army to do it, Esau did not kill Jacob. He decided to reconcile with his brother there by the river Jabbok, Jacob limping from his wounded hip while Esau surrendered his anger over his brother’s past transgressions. Both survived defeat at the hands of their own humors and became all the wiser for it.

Am I wiser than I was fifteen months ago? I’m not sure. Ask me in another year or so and we’ll see if the lessons still hold. In the meantime, the sun and the clear pebbles of rain are moving over the landscapes, the valleys, the rivers and the deep trees. Meantime, the wild geese, high in the clear blue air, are headed home again. Aw gees, now I’ve migrated from Rilke to Oliver.

Last week the headlines told of yet another megachurch pastor who has been relieved of his duties, at least temporarily, because of inappropriate behavior with another person. Yet again, as the pastor admitted his failure on stage, he was greeted with a standing ovation and shouts of, “We love you.” I imagine those folks will discover there is more to the accusations than meets the eye, which will cause them to regret that standing ovation. We see it happen all too often.

All of these leaders are men. There are no women megachurch pastors in America. Most began ministry with confidence coupled with at least some level of humility. By the time they had their great fall, however, not much humility remained. They had surrounded themselves with co-workers and friends who enabled their increasingly erratic behavior and ended up slipping into the inevitable zone in which absolute power corrupts absolutely.

A megachurch pastor can exercise power unfairly, treat subordinates poorly, handle money badly, and generally be a jerk and probably not lose his job. But there is one thing that will end his job and career. And that is to have any kind of sexual dalliance with a person other than his spouse. There is no forgiveness for that, because in evangelicalism there is no forgiveness for being a sexual being who makes mistakes.

I am not excusing the behavior of any of these pastors. Too often they refuse to recognize the unequal power dynamics that led to these inappropriate relationships. And as with far too many men exposed through the #MeToo movement, they see themselves as victims, not predators. I am not excusing any of their deplorable behavior. But I do have questions.

How did sex become the all-powerful career ending sin? Has anyone read the Hebrew scriptures? There was a lot of sex going on that was not between a husband a wife. Male religious leaders had hundreds of partners. And what about the relative little the New Testament says about sex? Jesus certainly wasn’t fixated on the subject. He said nothing about his own sex life.

The Christian fixation with sex did not begin until Augustine, hundreds of years after the time of Jesus. That sexual sin as the worst kind of sin is relatively new to the Christian message, dating from the beginnings of the Modern age. The purity movement of the late twentieth century was the apex of the sex negativity movement.

Here is what I do know. Many pastors have had relationships that they believed were consensual, but with unequal power dynamics. They betrayed their wedding vows. But most are not serial philanderers. They made a mistake, and one mistake does not have to be career ending. Far more pastors view pornography or engage in sexual paraphilias. All are decidedly male issues. Over 50 percent of men are interested in at least one of the common paraphilias, and over one third have engaged in a paraphilia like sadism, masochism, sexual cross dressing, or voyeurism. Sexual paraphilias cause great shame, because most people do not understand their genesis or what can be done about them.

Exacerbating the problem for male clergy is that they are not encouraged to talk about their sexuality, ever. Men are left to struggle alone. They never learned to understand the nature of male sexuality, and therefore never learned how to exercise agency to both acknowledge attraction and turn it off before it becomes a problem. They have never been taught about those times and people they need to keep at a distance because they trigger unresolved issues in their own lives that want to be healed through sexual intimacy. Men in ministry are not taught how to manage their sexuality.

For Christian men, there are only two options. There is sex in marriage, or there is no sexuality at all. If you brought a paraphilia with you into the marriage, too bad for you. There will be no place in which it is safe to figure out what that means to the marriage. If you arrived in marriage with the example of an unfaithful father who never taught you the importance of agency, too bad for you. You have to figure out monogamy on your own. If your natural sexual attraction is toward men, you are in a double bind. You can’t even show romantic affection to a man, let alone marry him.

To be clear, I am not condoning bad behavior by male clergy. But we really do need to do a better job of helping male religious leaders integrate a healthy understanding of sexuality into their lives. We need to give them the tools to understand unequal power dynamics, the ability to appreciate the power of testosterone in contributing to unhealthy behaviors, and the wisdom to exercise agency before they end up being the next headline about a pastor being asked to step down.