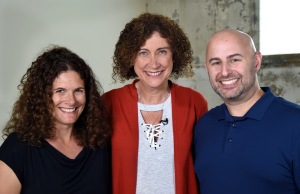 I spoke at a company in Washington, D.C. two weeks ago and at a conference of psychotherapists in Palm Springs last week.  In both places I engaged in fascinating conversations about agentic leadership.  Agentic leaders are assertive, independent, competitive individuals. The more common term for these leaders is “alpha.”

Pretty much all of the leadership structures of Western Civilization have been created by agentic/alpha leaders.  As you might imagine, most have been male.  A Golda Meir or Margaret Thatcher happens along every now and again, but they are the exception that proves the rule.

I was an alpha male.  I was a corporate leader who felt comfortable around other strong leaders. Most of my male friends were also alpha leaders.  They were “Dominant” personalities on the DiSC test, ENTJ’s on the Myers-Briggs, and Eights and Threes on the Enneagram. (Full disclosure – I am an I/D on the DiSC, an ENTJ on the MBTI, and a Two with a strong Three wing on the Enneagram.)  These strong alpha leaders can be found in just about every corner office in America.

I have done thousands of  DiSC personality tests over the years.  I used the DiSC extensively in my second masters thesis and my doctoral project. There are sixteen personality types on the DiSC, but in the area in which I worked, entrepreneurial leadership, there were only two that were consistently effective in achieving the results we wanted.

For my doctoral project I studied 50 lead pastors of new churches.  Over half (26) had one personality type on the DiSC, the Inspirational Pattern, a “D/I” combination.  I knew something was wrong when over half of the people hired to lead new churches in the US had one single personality type.

These people did have a demonstrated ability to get people to buy into their vision. Unfortunately, a large number of them also had a predisposition to narcissistic behavior.  Without the right kind of character formation and accountability, these guys (and they were all guys) could go off the rails.

Unfortunately these are also the kinds of leaders we recruit into most corner offices in America.  We think strong alpha people make the best leaders.  But the truth is that we really do not know whether or not they make the best leaders, because no other leadership structures have been tried.

Throughout the centuries patriarchal societies have created systems that assure powerful males are ensconced at the highest levels of leadership.  It has not served our species well.

If we do not free ourselves from our addiction to these patriarchal leadership structures, we could lose the species. Seriously.  We now have the capacity to start a war that would end life as we know it.  I am not being an alarmist.  Those are the facts.

I believe our best hope is to dismantle the patriarchal systems that have left us in such a precarious position.  These hierarchical/vertical systems have been at the root of every war that has ever been fought.  But if we do dismantle them, what kind of leadership structure should take their place?

At Left Hand Church we followed the example of Highlands Church in Denver and chose not to have a single lead pastor.  We have three.  All three are equal.  But here is the interesting thing.  If you asked our people to identify one of the three of us as the heart of our church, they would say it is our one non-alpha leader.  I believe they are right.

Aaron Bailey and I are alpha leaders.  Aaron is a D/C on the DiSC, the number one personality type of Fortune 500 CEOs.  I am an I/D, the typical personality type of a lead church planter.  But I don’t think either one of us would be seen as the heart of our church.  Jen Jepsen is.  Jen Jepsen is an I/S on the DiSC and an Enneagram One with a Two wing.  Jen is not America’s idea of a CEO.  And we think that is a good thing.

Our Trinitarian-inspired leadership model has allowed a non-alpha leader to emerge and influence in a way traditional hierarchical structures would never have allowed.  And with three leaders instead of one, narcissistic behavior is unlikely.  Narcissists do not like to share power.

I know  we are just a one-year old church with 100 people, and Highlands is a nine-year-old church with 700 people.  Neither of us is exactly a compelling example of long-term success.  But Rome wasn’t built in a day.  And I do believe we are onto something.

I know all of this sounds idealistic.  But this is not a pipe dream.  It is happening in real time in two churches in the shadow of the Rocky Mountains.  And if we are successful, this could be a viable example of what is possible.  I hope so.  We need alternatives to the mess our patriarchal leadership structures have created.

9 thoughts on “Three Is Better Than One”