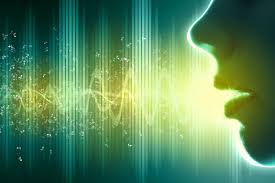 Back when I was a male and on television, there was one comment I received more than any other. People would stop me in airports or on the street and say, “You have such a soothing voice.”

Since our program was on in the middle of the night, having a soothing voice was a good thing.  As one of our producers was fond of saying, “You put people back to sleep better than anyone else.”  I was never sure whether that was a compliment or not.

Outside of what I hold in my mind and heart, and what I have in a handful of friendships, not much has followed me from Paul to Paula.  It’s an ongoing cause of sadness or wonder, depending on the day.  But there is one phrase I hear often, whether it is about my TED talks or keynote speeches or radio or podcast interviews. People say, “You have such a soothing voice.”  I take pleasure in the compliment and I take great solace in the continuity.

Your voice is you, coming forth to greet the world.  It says a lot about who you are and how you fill space.  It telegraphs your emotions.  Other people take cues from it.  Is she approachable?  Would I like her?  We all know how we feel about cell phone loud talkers, screaming bosses and whiney narcissists.  Our opinions are not generous.

One of my mentors, Dr. Byron Lambert, had an incredibly soothing voice, with a pleasant tone and perfect diction.  Byron was a philosophy professor.  With his voice and gentle manner, he made the whole discipline seem noble.

One of the most difficult people with whom I ever worked had one of the most grating voices I have ever heard.  The combination seemed fitting.  I no longer have to hear his voice.  (There are benefits to being ostracized from your old world.)

Having grown up in the upper Midwest, my voice does not carry much of an accent.  I sound pretty much like every American television news anchor.  I suppose that is not a bad thing.

One of the problems of a soothing voice is that while it is fine with a good sound system or in the quietness of a therapy office, it isn’t all that helpful in regular conversation, particularly if you are in a loud restaurant.  And nowadays, pretty much every restaurant is a loud restaurant. People are always straining to hear me. I feel badly.  But while I can adequately project my voice in a meeting hall, doing so in a smaller room is a problem.  I haven’t come up with a solution.

All things considered, I do like my voice.  Hormones and anti-androgens make massive changes to almost every part of your body, with the exception of the voice box.  While testosterone will bring a transgender man’s voice in line with other men, estrogen does not affect the voice box of a transgender woman.  You must learn to speak differently.

On the sound spectrum, there is a significant crossover between male and female voices. What makes us identify one voice as male and another as female comes from more subtle clues.  If a transgender woman finds her resonance in her chest, her voice will still sound male.  If she finds it in her head and mouth, she will sound more neutral or female.  How words are formed in the mouth is also gendered. There is a lot to learn.

I am pleased there is continuity between my male and female voices.  Most of the time my two lives feel so different, so bifurcated. To have people compliment my female voice as often as they complimented my male voice is soothing to my soul.

Since it has always been my desire to lessen the suffering of others, I am grateful to have a voice most people find calm and comforting.  To use your voice to soothe the souls of others is no small joy.