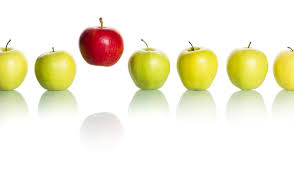 I have always had a burning desire to get it right.  That might seem like a virtue, but it does have its shadow side.  When a co-worker tells me I have gotten it wrong, and my response is to fall apart, that falling apart is an unintentional form of manipulation.  After watching me fall apart, my co-worker will be less inclined to let me know the next time I get it wrong.  The co-worker does not want to deal with my emotional meltdown.

That is not fair to the person who found the courage to confront you.  They ought to be able to confront you without worrying about your response. Truly listening to criticism means listening without comment or immediate emotional response. It means taking in the information and thanking the person. You can let yourself feel the pain later, when your emotional response can be private.

When you stay in close touch with your leadership team and key volunteers, and you are willing to hear bad news without retaliation, that is another sign of differentiation. I’ve known leaders who sat stoically while a co-worker told them of a problem.  Afterward, the co-worker thought things went well. What they did not realize was that the leader was going to extract a pound of flesh because of the criticism.  It might be tomorrow, or it might be next month, but the undifferentiated leader retaliates.  The differentiated leader never retaliates.

Another sign of differentiation is when you lead by neither a strong hand nor consensus. Strong-handed leaders undermine morale. Co-workers are terrified of taking initiative, because it is never exactly what the boss wants.  With a strong frame of reference and clear objectives, you get order for free.  But strong-handed leaders do not provide a clear frame of reference or clear objectives.  They micro-manage based on whatever happens to get their attention on that particular day.

Consensus leadership is also a problem.  Demanding that everyone be on the same page before a decision is enacted creates environments in which the group stifles imagination and ends up being controlled by one or two people at the extremes.

Differentiated leaders operate in the middle, between dictatorship and democracy.  They provide a clear frame of reference, articulating core values and the big giant idea that drives the corporate engine.  They also clarify objectives, so co-workers can understand milestones that must be met. With those firmly in place, the differentiated leader provides a flexible framework for employees to exercise their creativity within their areas of expertise.

Differentiated leaders take clearly and non-reactively defined positions.  It is important to identify exactly what job needs to be done, but then the differentiated leader works from the perspective, “I have been called to this specific job, but my life does not depend on being successful in it.”

Differentiated leaders identify the maps from which they navigate, and are open to changing those maps when they are no longer effective.  For instance, leaders who only measure quantitatively will sometimes discover their organization is a mile wide and an inch deep.  They will only increase the depth of the organization if they begin to measure qualitatively.  But if they are not willing to identify the maps from which they operate, and be open to changing those maps, the organization will suffer.

In the case of a church pastor, a rigid map can make it difficult to move from asking, “What is our attendance?” to asking, “How well do we love?”  It is difficult because the pastor’s ego need is too tied up in measuring numbers, quantative measurement.  She does not want to give up her old map that equates church size with church health.  Her ego resists shifting to the more important task of measuring the quality of relationships.

These are just a few examples of what a differentiated leader looks like.  You might think older leaders are more likely than younger leaders to be well-differentiated. Unfortunately, that is not the case.  Differentiation does not have a lot to do with age, other than realizing that pretty much no one in their 20s or early 30s has lived long enough to be well-differentiated.  After that, your level of differentiation will correspond to how much you have been willing to grow, how well you understand the forces that shaped you in the past, and how determined you are to move honestly and openly into the future.

4 thoughts on “Measure of a Good Leader”