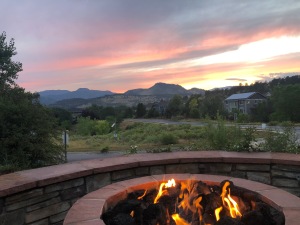 My deadline to get the second draft of my memoir to my editor at Simon & Schuster is Monday night.  I’ve been working on it pretty much nonstop for the last few weeks.  It has been mentally and emotionally taxing.  To have to go back to intimately painful moments and not just write about them, but also write about the emotions they stirred, is a little too much in the middle of a pandemic.  My mother died in November, my father in May, and it has not been an easy nine months at Left Hand Church.  Put it all together, and you might have noticed that you haven’t heard from me much.

First, the memoir.  I am thrilled to have been given the opportunity to write a memoir for a major publisher, and I am definitely grateful for the substantive advance, but I am not a great writer and I want to write a great book.  My friends Nicole Vickey and Carla Godwin have helped me with the book, and both assure me it is good.  But I am not in pursuit of good.  You get one shot with a big five publisher, and I want to make it count.  Good I can do.  I’m finding great to be painfully elusive.

It turns out I can tell you pretty much every thought I’ve had throughout my life.  What I can’t tell you is what I was feeling when I had those thoughts.  Like so many men, I counted on others to tell me what my feelings were.  This week I keep waking up singing a line from Leonard Cohen’s Hallelujah: I did my best, it wasn’t much, I couldn’t feel so I tried to touch, I told the truth, I didn’t come to fool ya.

I want to get it right in the telling of the memoir, but I don’t even know what right is.  I realize how often I counted on Cathy to tell me how I was feeling.  It was an unfair burden for her to carry.  When I transitioned and Cathy and I separated, I still wanted her to identify my emotions for me, but she lovingly told me it was not her job.  Unfortunately, I transferred it to one of my best friends, who finally took her leave.  Now I’m trying to feel and touch and we’re in the middle of a pandemic and I have a book deadline.

When your editor asks for more emotion and you write every possible emotion you can identify and still your former wife, on reading the manuscript, says, “I still don’t know what you were feeling,” and you answer, “It’s because I don’t know what I was feeling,” you start to question whether your book will ever get to great.  Which causes you to spend inordinate amounts of time on the book and stop writing your blog altogether.

I know I am not a bad writer.  I also know I am a better speaker than writer.  Even if I am talking into a camera instead of before a live audience, I have an easier time putting my feelings into words when I am speaking.  Which brings me to the church.

As with every other church in America, Left Hand has had to pivot to online services.  John Gaddis and I have carried the lion’s share of the preaching, and Heatherlyn has been there each and every Saturday singing her heart out.  We tape the services on or near John’s front porch, and much to our surprise, well over one thousand people watch the services every week.  Our real time viewers stretch from the Philippines to New Zealand, Australia, Brazil, Ireland and England.  It turns out our people have a lot of acquaintances all over the world.  Well, that and my TED talk, which is again being smiled upon by the algorithm gods of YouTube.

In January I stepped down as one of the co-pastors at Left Hand but remained as teaching pastor.  Aaron left completely in January and to everyone’s surprise, Jen left in May.  This month we went back to a co-pastor model, with four co-pastors – Kristie Sykes, John Gaddis, Nicole Vickey and me.  We will work within that structure for at least the next year or so.  We lost some folks, but the church is doing well.  Most new churches face a crisis sometime in their first three years of existence.  It either kills them or makes them stronger.  It looks like it has made us stronger, which is a good thing.  But if you are a blog reader, it also has meant no blog posts.  Do you see a theme developing here?

And then there’s the death of my parents.  I’ve always been close to my cousins on my mother’s side, and Dad was the last of the parents from that generation to pass.  He was 96.  The first died back in 1981.  I was talking with my brother who said, “Now, it’ll be one of us that goes next.”  It was a stark reminder.  The truth is I’ve already lost one of my cousins, who I loved dearly.  But yes, we are the next generation to go.  It is not fun being reminded of your own mortality in the midst of a time when you are mourning the passing of your parents, in the midst of a pandemic.  Which again brings me to the blog posts.

I will write weekly again, soon.  I promise.  The book has to be done by the end of September.  Until then I’ll be sitting by the fire on my patio with my laptop in my lap, editing away, looking at the beautiful sunsets ironically caused by the multitude of wildfires burning in Colorado.  It’s a good metaphor for life – beauty amidst the burning.