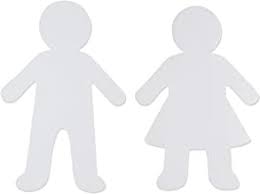 A couple of years ago a lead pastor of a large church was planning to preach about what God thinks about gender dysphoria.  When he wrote to ask if I would speak with him, he wrote the letter to Paul.  I do not open mail written to Paul.  Since his return address was on the letter, I wrote back and said if he wanted to address me by my legal name, I would open his letter.  He did write back using my legal name, but I still chose not to speak with him. He had already reached his conclusions.

It was the first time in about five years someone had addressed me as Paul. I did not feel I had been dead named. I just felt I had been treated disrespectfully. The truth is that I am comfortable talking about my life as Paul.  It is not my “dead name.”  It is the name by which I was known for exactly 90 percent of my life.  It is the name my parents gave me when I was born, the name my wife called me for 40 years, the name by which all of my friends knew me.  Paul was my name.  The person who was Paul is still me.  I am that person.

Paul is no longer the name that best defines me.  That name is Paula.  And oh my, what a difference that one little letter makes.  I am comfortable as Paula.  Paula is who I am.  Paula is me.  But I am also Paul.  Paul lives within me and informs my life on a daily basis.  Sometimes I am not particularly crazy about how Paul informs my life, like when I am feeling entitled and bring my privilege with me.  But most of the time I am comfortable with the wisdom Paul brings into my life.  I am grateful for what he knew and imparted to me.

Integrating Paul into Paula is one of the most difficult parts of my transgender journey.  There is a chapter in my memoir entitled Dying Before Dying.  It defines my dilemma.  To be sure, a part of me has died.  But that part also lives on, not just in my memories, but in my heart and head and soul and yes, even my body. If someone calls me Paul, it would be wrong to say I was “dead named.”  If it’s done respectfully, or forgetfully, I usually ignore it, at least the first time.

It does not help to complicate my journey by denying the reality of my life as Paul.  When I first transitioned I said to Jonathan, “I’m the same person I have always been.”  He strongly disagreed: “No, you most certainly are not!”  My daughters had seen the bodily and personality changes take place slowly.  Jonathan only saw me every few months, and for him, the differences were jarring.

Jonathan was right. I am a fundamentally different person. Testosterone is a powerful substance that affects every part of your being. When it is gone, you experience life differently. I would describe it as seeing life more holistically.  For me, testosterone made me feel like I was a hammer and the whole world was a nail. It narrowed my focus.  I never experienced testosterone as a positive substance.  From the day of its arrival until the day of its departure, it was a problem.

Estrogen is the opposite.  From the day of its arrival, I experienced it as a blessing, a wonderful substance that makes me feel the way I always should have felt.  Some of the changes in me are because of the loss of testosterone and the addition of estrogen. Some are from the different experience a woman has on earth, as compared to the experience of a man. As a woman, it doesn’t take long for you to begin to see yourself as a second-class citizen.

All of these things make the integration of Paul into Paula difficult. However, of one thing I am certain. Integration will never happen if I think of Paul as my dead name. It is already difficult enough to integrate the two halves of my life without exacerbating the problem by deciding that I was living with a dead name for all those decades.

In the Book of Exodus, God told Moses that his name was Yahweh.  It is a marvelous thing to be given a name, to tell people your name, and to have people call you by your name. Names are who we are. We turn around when our name is called. We step to the front of the line with satisfaction when our name is called while waiting for a table at a busy restaurant. We react with anxiety when it is called in a doctor’s waiting room.

Paula is my name. Paul exists within Paula.  Of that, I am certain.  As for the rest, I’ll just have to ask Yahweh. I imagine integrating God, Jesus and Spirit is no easy task either.