On Sunday I spent three hours with a photographer from the New York Times. He came to take a zillion pictures, one or two of which will appear along with an article in the Times later this month. He was a delightful young man with loads of talent. He was also pleased the Times recently doubled its day rate for photographers.

The newspaper was able do so because people are reading newspapers again, particularly the New York Times and the Washington Post, two papers taking the lead in the investigative journalism necessary in these tumultuous times. Americans care. We are alarmed, and we want to know the truth. Hundreds of millions still believe the truth matters, and whether it is tomorrow or ten years from now, the truth will set us free. Signs of hope abound.

As of Monday, over 200 mayors, three governors, 80 university presidents and 100 corporations have pledged their allegiance to the Paris Agreement, with numbers increasing daily.

There have been protests on 43 different days since the inauguration, including the Women’s March on January 21, when over 3.5 million peaceful marchers conducted the largest protest in American history. Almost all of the protests have been born out of the desire for America to be more thoughtful, more egalitarian, more concerned for racial and socio-economic justice, more protective of the planet, and more devoted to a just and generous expression of democracy.  Most have been led by women.

For me, there was a watershed moment when I moved from despair toward hope.  It was when Sally Yates testified to the truth, showing the members of Congress what a woman without fear can do.  That is when I saw hope rising.

Passion for justice has been stirred. Women are taking their rightful place in leadership, knowing the men have had their chance and have blown it. They are working collaboratively, as women do, nurturing this fragile planet and all of its endangered residents. They fight as protectors of life and purveyors of hope. They know it is their time.

I stand, primarily as an outsider, watching the women around me rise as great fires burn within. They are people like my friend Jen Jepsen, whose birthday yesterday set me to writing this post.  I write in celebration of her great passion.  I also think of Cathy, Jael, Jana, Jubi, Christy, Jenny, Rachael, the women at the She Is Called conference in New York, and all the other strong women who give me such hope.

These are the women who are thinking of their children and grandchildren, and the children of their grandchildren. They know pain precedes life, and it does not frighten them. They will bear the pain and lead us to recover our humanity, to reconcile the races and heal the nations. They will teach us to nurture the planet, not exploit it. They will bring life, not take it.  I see it happening in real time.  It is like watching Sally Yate’s testimony all over again, and I want to break out in applause.

Women were taught to stay in their place, which is to say far from positions of power.  Today they are discarding those stale messages, empowering one another and taking the reins of leadership.  Yes, hallelujah, even in the church, the last remaining bastion of pure male privilege.

I have no doubt who holds the future.  It is the women, especially the mothers.  I see the fire in their eyes, the confidence in their groundedness and the fierceness in their determination.  Their leadership can and will take root.  These are the last days of narcissistic, egotistical, win/lose male domination.  What we see in the corridors of power are the last gasps of a spent ethic.

Through women rising, a world of fierce empowered love is emerging, and I for one, believe it is just in time. 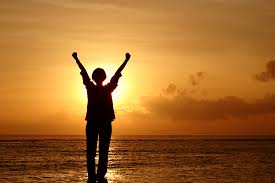