For The Greater Good

The time surrounding my departure from Christian employment was not pleasant. I had to call board members on Christmas Eve and tell them the reason I was being let go. For several more months I remained unavoidably immersed in a world in which my gender identity was seen as sin. Very few people saw my transition as the calling it was.

That was four years ago. It feels like another life, because it was another life. A real death occurs when you have lived within the evangelical tribe and choose to depart from it. Throughout my life I had noticed that those who departed were stricken from the record, as if they no longer existed.

Yet here I am, four years later, alive and well. On the fourth anniversary of being let go from my work of 35 years, I was contemplating how much my life had changed when an email arrived telling me the video of my TEDxMileHigh Wonder talk had just been posted online. The timing did not seem random.

A handful of friends crossed over with me. Those old friends, plus many new friends and co-workers are wonderful people, with hearts intent on the ministry of reconciliation. They are kind, articulate, intelligent, thoughtful, loving and accepting. When you know you are unconditionally loved by God, you are free to love recklessly and abundantly. I have been the recipient of that kind of love.

The world I now inhabit is a world that knows there is one best way to live, and it is for the greater good. It is to do whatever you must to embrace equality, create equity, and work for justice.

In four short years I have moved from a place of almost complete rejection to receiving the most meaningful applause I have ever known. I have gone from friendships that were conditional, based on tribal loyalty, to friendships that cross all kinds of barriers, including race, gender, socioeconomics and religion.

I am living abundantly because I have been abundantly blessed. God is good. She does make crooked ways straight, and she is forever busy drawing all things to herself. 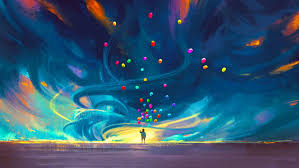 9 thoughts on “For The Greater Good”