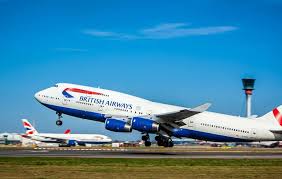 I have not gotten my blog out every Tuesday morning of late, and I offer my apologies.  My life is a little hectic nowadays.  I like being busy.  Sometimes I even like it for the right reasons.  I can make a difference in the world and lessen people’s suffering. Other times I like it because it allows me to avoid the things I don’t want to deal with, kicking the can down the road. Just trying to be honest.  Just for fun, let me walk you through the last 10 days.

On Saturday evening, March 23, I preached at Left Hand Church, then preached three times the next morning at Denver Community Church.  The following morning I flew to Charlotte, then on Monday evening flew on to London to speak at Retail Week Live.

London was a delightful trip, though awfully short.  I arrived at about 10:00 Tuesday morning.  I never sleep on an airplane, even though I am in the lie flat beds of business class. I suppose it’s a waste of a lie flat bed, but I am not inclined to move back to coach just because I can’t sleep. After landing and enjoying a chance to freshen up at the American Airlines arrivals lounge, I headed to the convention center where the conference was being held.

After an afternoon meeting with the coordinator of Retail Week Live and a conversation with her about the 1300 attendees who would be coming to the conference, I got in a quick workout and finished my speech for the next morning.  I got to bed around 11:00 PM, having been awake for 36 hours.

Retail Week Live is for leaders of the top retailers in Europe.  The companies represented are well known all over Europe and in many cases, all over the world.  Wednesday morning I went over my talk several times before heading to the convention center.  I was the mystery speaker for the conference.  Only two or three people knew I was speaking.  For 15 minutes I spoke on gender equity, with a special focus on the good work front line sales workers do. (Yep, I flew to London to speak for 15 minutes.)  The audience responded wonderfully.  In their daily summary, the conference leaders wrote that I had “blown the roof off.”

I had a number of delightful conversations throughout the day on Wednesday.  I was moved by all the women who thanked me for validating their experience, and all the men who thanked me for my presentation. Whenever I speak with male corporate leaders, it is obvious most of them really want to get it right.  They want to respect and honor women as equals.  But as I said in my TEDx talk, “They just don’t know what they don’t know.”  When I speak and make them aware of their privilege, they respond with genuine gratitude.

I never saw that kind of openness among male evangelical leaders.  Of course, as Paula I have never spoken with them.  But when I was living and working among them, there was rarely a conversation about gender equity.  When you believe God has designated men as the leaders of the church, you are not going to think much about gender equity.  It is difficult for non-evangelicals to understand that kind of disregard for equal rights.  I always explain that you have to live within the rather narrow worldview of that community for it to make much sense.

After an evening dinner with the Retail Week Live staff and their amazing director, Hannah Tovey, I finally got a good night’s rest.  But bright and early Thursday morning I was on my way back to Heathrow and my flight to Philadelphia.  I was in England exactly 52 hours.

My flight back had been cancelled, so I was moved to a British Airways flight, giving me one last chance to fly on a 747 before they retire them in the coming year.  I had a business class seat that was quite private.  I could literally not see another person, other than the occasional flight attendant walking by.  The eight-hour flight gave me a chance to finish most of my book proposal.

The book is a memoir, with additional chapters on gender equity, gender and spirituality, gender and sexuality, and one chapter called Transgender 101.  Once we’ve chosen a publishing company, I will have about a year to write the book.

While I was in Philadelphia on Friday, I had a meeting with the new speakers agency that will be representing me.  I love the company.  It is female owned, with three amazing women sharing leadership.  I will introduce the agency to you soon.

My flight from Philadelphia back to Denver arrived around midnight on Friday night.  Though it was March 29, I had to drive through a snowstorm to get home.  Saturday I was up early putting finishing touches on the book proposal before sending the 79-page proposal to my agent.  Then around 4:00 I headed to church for our services at Left Hand. Jen, Aaron and I went to dinner afterwards, as we often do, and debriefed the service.  I love being at Left Hand Church.  I love our staff and I love our people.  The church is my grounding in the craziness that is my life.

Sunday I balanced the books for RLT Pathways, the counseling agency that Cathy and I own together, and compiled information needed by my new speakers agency.  Monday morning I was back at work.

It’s now Tuesday evening at about 11:00 PM.  I hope to post this blog entry before midnight.

So there you have it, ten days in the life of Paula.  Like I said, I live a kind of busy life.

8 thoughts on “A Week in the Life of Paula”