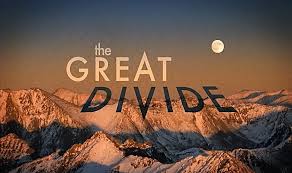 I do not have much interaction with those who lean to the political right.  The majority want nothing to do with me.  While that makes my life easier, it also makes it difficult to serve as any kind of change agent.  And our nation desperately needs change agents.

I have had a few opportunities to cross the divide.  Four years ago I spoke for a university affiliated with my former denomination.  My time with students and faculty went well, but when the professors wanted to bring me back, they ended up having to retract their invitation.  I receive five-figure paychecks for keynote addresses at state universities.  I spoke at the Christian university pro bono.  I even paid my own way.  But I guess having me back, even at my own expense, was a problem.

I was tentatively scheduled to speak at another Christian university when they surprised me with the news that I would not be allowed to speak alone on stage.  I would be followed by a second speaker who “does not believe being transgender is a thing.”  I told the folks that under those circumstances, I would not be willing to come.  They asked why and I said, “You are following me with a speaker who is denying the legitimacy of my basic identity.”  They didn’t see it that way.

Since that time, I have looked at the conservative world from a distance.  Last week I followed a social media thread of an evangelical friend who shared an article by a Christian who said he was going to vote for Joe Biden.  My social media feed includes few evangelicals, so it was a rare opportunity to look at how evangelicals responded.  While many were supportive, an equal number were not happy.  A lot of those folks were former acquaintances, mostly men, and white.  An inordinate number were focused on one thing – abortion.

Bob Woodward’s new book is yet another clear-eyed account of the narcissist who lives in the White House.  But here’s the thing, not many of those who were commenting on my friend’s shared post said anything about Donald Trump as a man.  No one defended his character.  They already know Trump’s flaws.  They will still vote for Donald Trump.  One said he was willing to vote for Trump based solely on the issue of abortion.

But of course, all of that is my opinion, which might well cause them to point and say, “See, exactly!  Just one more liberal who thinks they know more about my life than I do.”  My opinion is not going to change anything, nor is their judgment of my opinion.  So, what actually will bring about change?

I am convinced two words have the ability to bring us together – narrative and proximity.  If we are physically close enough to be able to hear one another’s stories, we can begin to bridge the divide.  That is why I have been willing to speak at Christian universities pro bono. It is why I continue to refuse to lash out at those whose vitriol arrives in my inbox every week.  As we have seen graphically throughout the west, fanning flames does not put out fires; it spreads them.

I will be voting for Joe Biden in November.  I am proudly serving on his LGBTQ Believers Advisory Group.  But even if he is elected, it will not solve this great divide.  Until we come together and hear one another’s stories, the polarization will only increase.  A decent man in the White House is a good start, but it will not fix this divide.  An increase in knowledge about systemic racism is essential, but it will not fix this divide.  Only compassionate listening will heal our great divide.  And listening is not easy.

It is especially hard for me to listen when people tell me I am a freak, an abomination to God, and fuel for their nightmares.  In fact, the truth is that I cannot listen to those accusations.  It is damaging to my soul.  But I can listen to those same people tell me about their families, and the fact that they are working three jobs and still not earning enough to stay afloat.  I can listen as they tell me how their religion gives them hope in the midst of despair.  I can listen as they tell me how frightened they are of things they do not understand.  Listening can speak volumes.

I am reminded of the truth Jonathan Haidt talks about in The Righteous Mind.  Humans will change our minds, but only if new information comes to us in a non-threatening way.  As every parent knows when they tell a bedtime story, stories have the power to calm our souls.  They remind us that every last one of us is searching for love and hope and meaning.

I would love to hear stories from those willing to hear my story.  I have no problem finding takers whose stories are similar to mine.  While that it is nice, it does not heal our great divide.  Until our story-telling crosses the political divide, we will not restore decency to the conversation.  And if we do not restore decency to the conversation, I am afraid this great experiment in democracy will be over.  I want to be a part of the solution.  I want to listen.

21 thoughts on “Listening Can Speak Volumes”